A Complete Guide to Helical Gearboxes

Helical Gearboxes are the most popular gearboxes used in small-scale and large-scale industries. In a helical gearbox, you will find teeth that are oriented at an angle to the shaft. This design allows more than one teeth to be in contact during operations. As a result, the movement is faster and the gearbox capable of handling more load.

The superior load capacity has caused wide-scale application of gearboxes across industries. Helical gearboxes are used in the textile, plastic and food industries. Furthermore, there is an integral component of conveyor belts, elevators, blowers, compressors, cutters, etc.

The load sharing capacity between the teeth of helical gearbox has also resulted in its usage in heavy work sectors such as earth-moving, fertilizers and printing industries.

Types of Helical Gearboxes and Their Applications

In single helical gearboxes, the teeth are designed at a certain angle from the axis. As a result, the orientation can either be left or right of the gear. This increases the load capacity of the gearbox and hence this gearbox has found utility in high-load applications.

In a double-helical gearbox, two helical surfaces are placed against each other. Each surface has similar and opposite helix angles, separated by a gap, which results in greater engagement between the teeth and smoother movement.

The herringbone gear is similar to the double-helical gearbox, but there is no gap separating the two surfaces. They are smaller in size and are used for high-shock and vibration applications. However, they are not so widely used because they are difficult to manufacture and highly expensive.

Benefits and Applications of Helical Gearboxes

The unique design of the helical gearboxes makes it highly beneficial for industrial applications. The reason for this is that the angled teeth engage more smoothly and function more efficiently. Helical gearboxes are highly durable and hence they find application in high-load works. They also can transmit motion and power between parallel or right-angle shafts.

If you are looking for the right helical gearbox, you can get in touch with Santram Engineers – the leading supplier for power-transmission products.

Santram Engineers have decades of experience in helical gearboxes and Power Transmission Products. The company is the largest distributor and stockiest for Premium Transmission Limited. For any queries related to gearboxes and power transmission products, you can reach out to our experts for consultation by calling us at +91-96247 39393 or writing to us at sales@santramengineers.com. We would be happy to help!

Facebook linkedin
In the simplest of terms, a gear is a toothed wheel that engages with another similar mechanism to alter the speed or direction of the ...

END_OF_DOCUMENT_TOKEN_TO_BE_REPLACED

Popular Industrial Gearboxes and Their Applications

END_OF_DOCUMENT_TOKEN_TO_BE_REPLACED

What Are the Applications of Helical Gearboxes?

END_OF_DOCUMENT_TOKEN_TO_BE_REPLACED

How to Increase the Life of Industrial Gearboxes?

Facebook linkedin
Industrial gearboxes play a far more important role in a production unit than it appears. A malfunction in the gearbox will not only ha...

END_OF_DOCUMENT_TOKEN_TO_BE_REPLACED

Pros and Cons of Helical Gearboxes

END_OF_DOCUMENT_TOKEN_TO_BE_REPLACED 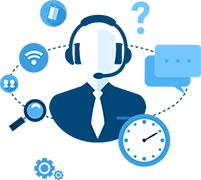